The football season may have come to an end, but there is still plenty for Hornets fans to enjoy, as the 12th ‘From the Rookery End’ podcast is now available for you to download.

With four games left in this season Jon, Mike and Jason chat about the ‘business end of the season. We look back at Watford’s two points from a possible twelve in the games against Coventry, Hull, Norwich and Leeds. Plus, get reaction to the Barnsley home win.

With Jason drinking beer in Prague, Jon and Mike are joined by Mike’s brother Andy to chat about Watford FC’s season now we’ve passed Malky’s magical 52 points. You’ll hear our interview with both Danny Graham and Adrian Marriappa. And we’ve caught up with Watford Ladies captain Cori Daniels to find out about the Lady […]

Whilst Watford fans maybe forgiven for wondering where their team’s next victory is coming from, the new From the Rookery End podcast (out today) definitely still has that winning formula. In this, the ninth edition of the show, Jon, Jason and Mike have secured a hat-trick of interviews with the great and the good of […]

The eighth ‘From the Rookery End’ podcast is out now, and what a cracker it is! Recorded ‘on location’ as we ventured to Wales for Watford’s recent clash with Cardiff, this episode includes an interview with our defensive rock Martin Taylor, a catch up with new loan star Andros Townsend as well as an opposition view from Cardiff and England striker Jay Bothroyd.

Ho ho ho… Merry Christmas! Our 7th Podcast is a Christmas special. We passed 10,000 downloads in the last month and Mike, Jason and I wanted to give you a very special Christmas present. And here it is… our exclusive and extensive interview with Watford Manager Malky Mackay. 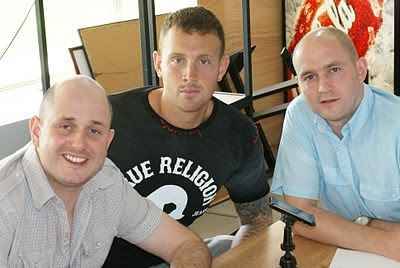