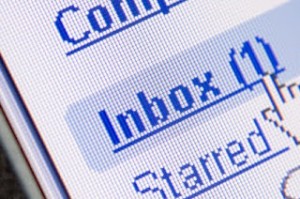 As you will be aware, Watford went over the border into Wales to take on Cardiff last weekend.

During our research for the eighth podcast which we recorded during the trip, we unearthed* a number of emails, sent by Watford FC players ahead of the top of the table clash.

Having been turned down when trying to sell them to wikileaks, we thought we’d share them with you, our fellow Watford fans.

I think you’ll agree it’s a rare and valuable insight into what goes on behind the scenes at Vicarage Road.

Skip, don’t tell anyone I asked, but do I need my passport for this weekend? Someone has just told me that Cardiff is in a completely different country? I’m confused and a bit scared.

Afternoon men, I hope you are all fully rested ahead of tomorrow’s game. In case you were after a bit of light relief, Lloyd has asked me if a passport is needed to get into Wales. Please feel free to get in touch with him directly with your answers.

As you know, I’m not playing tomorrow, but I WILL BE WATCHING. If I see a single sign of discolouring or plaque on any of your teeth, there will be an immediate fine and a table tennis ban. That includes you Danny.

I have access to the table tennis table written into my contract skipper. I have to have two hours ping pong a day or it triggers a release clause. With all due respect, you can stick your dental tips up your ar*e.

Subject: Re: Re: Hahaha

Lloyd you plank. You don’t need a passport to get into Wales. You do however need a couple of quid to get across the bridge and over the border, so no ‘forgetting your wallets’ or claiming to be broke. Sometimes you actually need to part with some cash – I’m talking to you Messrs McGinn and Cowie.

Thanks big man, but money to cross the border? What will we be doing? Bribing immigration guards or something? This sounds bad, are you sure we’re going to be alright?

Subject: Re: re: Wales

Lloyd, Lloyd, Lloyd. Your imagination is staggering. No wonder you always look so confused. Don’t worry about it. It’s just another game. Stick with me and you’ll be fine. I’ll look after you – and the rest of the team for that matter.

Did you guys see that email from that English oaf Taylor? Malky, are you going to let him talk to us like that? Doesn’t he know that without us Scots, Watford would be nothing? These Englishmen make me sick.

By the way, are you going to take any cash?

Afternoon boys. As you’re clearly aware, it’s Cardiff away tomorrow, in Welsh Wales. There appears to be a bit of a concern about payment for crossing the Severn Bridge. Well, I’m pleased to be able to tell you that as a bonus for performing so well, the club will be picking up the tab. No need to smash your piggy banks just yet. Just relax and enjoy the trip.

Andros and Andreas, you are the new boys and you know what that means – this is your induction weekend and we’ll be needing a song from you. I’d get busy if I were you. Will Buckley should be able to help you – we got him for a song. Hahaha, I crack myself up. Anyway, enjoy your afternoon and see you in the morning.

PS Has anyone seen Tom Aldred?

*We didn’t ‘unearth’ them. We made them up. Sorry. Oh and none of the emails work either