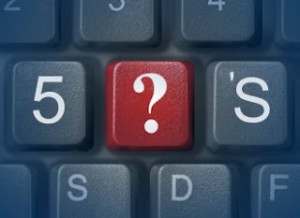 EXTRA PODCAST: Listen to an extra podcast we have produced to talk about our 5 SIMPLE QUESTIONS and the worrying week at board level since Laurence was a no show at the Fans Forum.

Listen on-line HERE or via iTunes Some questions are destined never to be answered. ‘Which came first, the chicken or the egg’ for example, is a poser that will most likely never have a wholly satisfactory answer. Some questions are difficult to answer. As a parent, ‘Daddy, where do babies come from?’ are the six single words most likely to have me running for cover. Some questions are just plain daft; ‘Would you rather be attacked by 1 horse sized duck, or 50 duck sized horses?’ is one you have no doubt given careful consideration to after a few pints or glasses of wine. In the main though, questions are good. And answers are better. It is answers that allow us to learn and to understand. Answers empower us.
Since Watford’s new owner was revealed as Stanmore businessman Laurence Bassini in April, there have been plenty of questions, but not many answers. The developments at the club this week; Mr Bassini’s absence from the Fans Forum and subsequent statement of intent to leave his role as a Director of the club, have only served to provide yet more cause for confusion for fans. As owner of the Football Club, Mr Bassini is the one ideally placed to steady the ship and calm the frayed nerves of Watford fans worldwide. All he has to do is answer a few questions.

On the latest From the Rookery End podcast, recorded ahead of the Fans Forum, Jon, Jason and myself identified five simple questions that we wanted asked and answered at Tuesday’s event at Vicarage Road. Needless to say, they weren’t answered.

For those of you that haven’t listened to the podcast (yet!) here are the five questions and a brief explanation as to why we chose them

1.Why did you decide to ‘invest’ in football?
Did you know the only way to make ANY money from taking part of the Europa League is to win it? All the other clubs involved will most likely make a loss. Whilst the Europa League has it’s critics, what this does show is that making money from football, even at the top level, is hard. Some of the hardest nosed businessmen in the world have tried and failed. Why would a man who, by his own admission, has faced some challenging times as a businessman enter an industry in which it is almost impossible to make money?
2. Why Watford?
If it is hard to make money out of football, it is a colossal challenge to make any money out of Watford. An average Championship team with a three sided ground, shorn of it’s star players hardly screams ‘Business Opportunity’ does it? Especially when you take into account that previous owner, Lord Ashcroft, a man with a business track record infinitely superior to that of Mr Bassini’s failed to turn the club into a profitable operation. As he also isn’t a Watford supporter, we think it is important to know why Mr. Bassini chose to get involved with our club.
3. As owner, what will represent a successful tenure?
Businessmen have targets. It’s what business is all about. Build a brand. Buy something and sell it on for a profit. Come up with a new product. Whatever the business, there are always targets. Aims. As a businessman, Mr Bassini must have had a set of goals and aims when he purchase Watford Football Club. He paid £400,000 to buy the club, its implausible that anyone would part with this sort of cash without a clear set of aims and objectives. As fans who make a regular financial and emotional commitment to the club, we have the right to know what the owner has planned. Why would he not want to share, what one must assume are plans for success?
4. What are your plans for the Stadium redevelopment and the timescale for completion?
In Mr Bassinis’s rare public statements, he has gone on record as saying that the redevelopment of Vicarage Road is a priority. Music to our ears. There is only so long that we want to see the dear old East Stand staring back at us, empty and condemned. What he hasn’t done is tell us exactly what is going to happen and when. If it’s going to take 5 years, fine, just tell us. Rome wasn’t built in a day, there is no reason Vicarage Road should be. As the owner though, he must have a plan. Share it with us. There really is no need to keep us in suspense.
5. Where is the money for bond repayments, stadium redevelopments and future player purchases going to come from?
Let’s be clear here, we don’t expect figures. Mr Bassini has the same right to financial privacy as you or I. However, it’s important that we understand how Watford are going to be steered out of what is still a hugely precarious financial position. Yes, Watford have made signings this year, but it doesn’t take a mathematician to work out that the money spent is dwarfed by the money received following a swathe of high profile transfers, money from the Ashley Young deal, compensation following Malky’s defection to Cardiff and the unexpected windfall of more rent money from Saracens. The summer purchases have been covered and then some. What is unclear is where the money required to keep Watford afloat and hopefully moving forward is going to come from. With no evidence of any personal investment from Mr Bassini at this stage, it’s important to try and get an understanding of how our owner plans to meet the vast financial commitments and obligations faced by our beloved Hornets.
So. That’s it. Five simple, yet as yet unanswered questions.
Imagine you own a football club. Imagine you own Watford. Read each of them back and ask yourself if you wouldn’t want to answer any of them.
As supporters with Watford dear to our heart, we feel that it wouldn’t just be nice to have these questions asked, we believe it is vital. Without these answers it is impossible to have any degree of faith in where the club is being taken and we will therefore be writing to, emailing and calling the club to request that Mr Bassini answers these questions as a matter of urgency. Whether he answers in person, over the phone or via email, we really don’t mind. We just want and deserve answers.
Mr Bassini may own our club, but it is us who carry it in our hearts. We have a right to be heard.
We will be sending a letter and email directly to Mr Bassini containing these questions and inviting him to respond. We’ll also call the club and leave the same message. We’ll keep you posted. His answers, or lack of them, should tell us all we need to know.