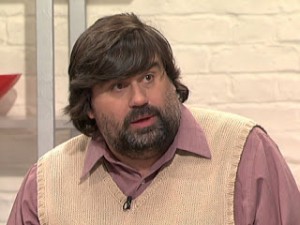 A lot of normal, well balanced and pleasant folk will have today done something they would never normally dream of. They will have read an article in the Daily Mail. The article is by Martin Samuel and it represents the first high profile dig at the Pozzo family and what they are attempting to achieve at Watford Football Club. If you haven’t read it you can do so here.

I’m not so blinkered as to think that everyone will agree with what is going on at Watford. It’s radical and it understandably leaves a lot of people, Watford fans included, feeling very uncomfortable. I think a healthy debate about the right and wrongs of what is unfolding at Vicarage Road should be welcomed and encouraged, and as supporters we’d have been foolish not to expect our club to come in for criticism for their chosen direction of travel. Mr. Samuel is the first high profile journalist to publish an overtly negative view, and whilst he correctly identifies some of the issues currently challenging fans of Watford and indeed football in general, I feel the piece is wide of the mark in a number of areas.

1) Context. Mr Samuel paints a romantic picture of the club pre-Pozzo regime. He correctly singles out Sean Dyche for praise, his achievements as boss last season were astonishing and his sacking was obviously undeserved. What he fails to point out is the backdrop against which Dyche was working. It was a well known fact that Watford didn’t have much to spend, but only now is the true chaos that was taking place behind the scenes coming to light.

The previous owner at the club was notoriously quiet, speaking out only to make outlandish promises that he would never keep. It also transpires that he wasn’t running the clubs finances in quite the way we’d all of hoped. Suffice to say that if the Pozzo family hadn’t taken over at WD18, there would have been every possibility of Watford ceasing to exist. The cold hard facts are this. It doesn’t matter if you agree with the Pozzo methods or not. A future with them was the only viable option, it was their way or no way at all.

I’d be interested to learn what Mr Samuel would prefer – a club out of business for good, or a club operating a model which he disagrees with. Which is the lesser of two evils?

2) “This should not be allowed to happen” No-one is denying that the number of loans Watford have on their books is out of the ordinary. Even those with a full understanding of the Pozzo way of working will have been staggered by the number of players coming through the Vicarage Road doors. It’s a shock. But is it wrong? Firstly, and this doesn’t make it right, there are no rules against it. But what about morally? Are Watford devaluing the Championship by becoming Udinese’s “tool”?

I don’t think so.

The plan is clear. Improve the club with an influx of borrowed players. Attain promotion. Continue to use the scouting network to loan or purchase quality players and become an established top flight club, eventually becoming self sufficient with no need for loans or wealthy investors. A simple plan – no guarantees of course, but what’s wrong with it? What are the options? Not to strive for success? To continue in a continually hard battle to simply stay afloat?

Why is this approach less palatable than watching on as eye-watering sums of money are pumped from various sources across the globe into the ‘top’ English clubs to ensure their success? The truth of the matter is that journalists, commentators and brainwashed supporters have spent too long fawning over the top of the Premier League, choosing to ignore the spiralling wages, increased costs of tickets and other warning signs, constantly seduced by claims of the self proclaimed best league in the world and Mario Balotelli. Whilst the focus of these people has remined the top four of the Premier League, the rest of football in his country has been fighting an increasingly hard battle to stay afloat. Not just to stay competitive – to stay in existence. “Yeah, but did you see that backheel from Sergio Aguero?…”

So now Watford are trying a different route to success, choosing not to continue down a route that may keep the club in business, but little else. Choosing not to fight consistently fight to just tread water. Choosing to try and move forward. The method of doing so has not been done before in this country, certainly not to this extent so raised eyebrows are no surprise, but just because it’s different, it doesn’t necessarily make it wrong.

Mr Samuel asserts that loans of this magnitude shouldn’t be allowed to happen, so what is his answer? To stand by and applaud as the usual suspects buy their way to glory whilst the rest of the game suffers and stagnates? Watford have a plan, that if successful will see them in a position to be self sufficient. Who is closer to that goal? Watford or Manchester City?

3) The West Ham Three. An inexplicable amount of Mr Samuel’s article is devoted to detailing the deal that took Savio Nsereko to West Ham. Apparently, the fact that he cost West Ham £10 million and didn’t set the world on fire is enough to suggest that Gianfranco Zola, Gianluca Nani and Scott Duxberry are no good. Dig a little deeper and you’ll learn that Savio had been named ‘player of the season’ at that summers U19 European Championships, making him one of the most sought after players at the time of his transfer, whilst a series of  health problems contributed to his troubled career.

Further examination of the tenure of Zola, Nani and Duxberry at West Ham reveals that Zola steered the club to ninth in the Premier League whilst CEO Duxberry managed to shave 40% off the wage bill – an urgent requirement after the gross mismanagement of the doomed Eggert Magnusson regime. Sullivan and Gold came in, sacked the lot and the club was relegated. Make of that what you will, but I have to question the relevance of one deal when it comes to assessing how equipped the trio are to succeed at Watford. I’ve been told Martin Samuel is a West Ham supporter. I don’t know if this is true, but wouldn’t it be disappointing if a national journalist was to let his allegiance cloud his judgement?

Of course that’s not to say that the piece doesn’t articulate the fears and concerns of many supporters. Watford losing their identity is an oft aired worry. Personally I’m inclined to agree with Gabriel Marcotti on this when he said; “For me, if you’re a fan, your loyalty is to the shirt and the badge. Nothing else. The guys who wear the shirt and the guys who run the club are just caretakers.” but when a club parachutes in 14 loanees, it’s hard not to share those concerns.

The article also highlights Watford’s excellent track record with developing youth and it’s hard to believe that this hard earned reputation won’t be damaged as part of the adopted approach, with players who would previously have been attracted to Watford by first team opportunities being forgiven for thinking twice about joining with a swathe of players ahead of them. Whilst reputational damage seems inevitable, how it plays out in practice will only become clear with time.

If the article achieves anything, it is to highlight the fact that these are uncharted and unsettling times for the majority of Watford fans, many of whom feel utterly contradicted by recognising and understanding both the good and the bad of the Pozzo plan. Whatever their feelings though, I’m sure Hornets supporters will be united in refuting Martin Samuels’ claims that “Watford are a snapshot of all that is wrong with modern football“. For that, I suggest he looks a bit closer when he returns to writing about the best league in the world.