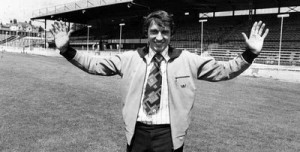 “Graham, its just good to have you in the role of chairman… It’s a shame you aren’t in control of the purse strings but its certainly reassuring to have you overseeing the club in its current state.”

I think every Watford fan agrees. He may not have the purse strings, but the ownership ball is in the Ashcroft/FordWat court. I don’t see them as the interfering type (when did Ashcroft last come to a game?), they haven’t talked about needing quick growth or return and guaranteed Premier League status. So we don’t need a Executive Chairman who in the next 6 months will make dramatic changes for short term gains.

What Watford needs more then anything at the moment is a Grandfather figure chairman. A bastion of the Watford values, who sets the tone for how things should be done. At this point in our history Watford need to sort out the kind of club we are going to be not only for this season, but beyond. He’ll also be good for Malky and the young players to give them wise advice and tell them stories of about the war – well the England 1994 World Cup qualification campaign. Whatever the story he’ll be there with a warm arm around their shoulder.

I can’t think of anyone else who could be a better Football Grandad then Graham Taylor.