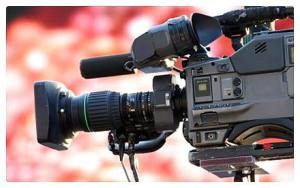 The sun is shining, my sinusitis is finally subsiding and perhaps most importantly of all, it has now been a couple of days since that spectacularly un-enjoyable trip to Loftus Road. (QPR 1 Watford 0 20/04/10) The upshot is, I’m ready to talk to you again.

Regular readers of my irregular ramblings will be aware of my dislike and distrust of the modern day footballer. Unlike many I don’t begrudge their extraordinary salaries – if the money is there (take note Portsmouth…), the top boys deserve the top dollar. There is no denying the things that professional footballers can do with a ball at their feet is astonishing. It’s brilliant. Awe inspiring. Then they go and ruin it all.

They dive, they abuse referees, and they try to get opponents booked. It’s appalling. The most galling aspect of all though, has to be the lack of respect

We can see you…

Well I do care. The ever increasing number of players willing to throw themselves to the turf in search of a free kick or penalty has pretty much stopped me from watching games that don’t involve Watford. Watching players at the top of their profession wilfully deceiving the referee and showing no regard for the good of the game or the pleasure us fans derive from it winds me up too much.

I can’t be alone though. Can I? UEFA effectively waved the white flag to diving when they dropped the Eduardo charge under immense pressure from Premier League heavyweights Arsenal. They are scared of upsetting the big clubs so don’t fancy it. This is a shame as they and the other governing bodies are the only ones in a position to do anything meaningful about it.

I managed to get this question to The Times’ football correspondent Oliver Kay who to my relief told me that sports writers hate it too. “The only way to combat it is with retrospective action. Players need to know that they won’t get away with it just because the referee missed it or was hoodwinked by a theatrical tumble”

No-one wants to rock the boat though, least of all the ineffective and weak willed men in UEFA suits, who remain fervently focussed on self preservation. As for the clowns at FIFA, I don’t suppose anyone knows what backward initiative they will be announcing next. So, whilst those in charge turn a blind eye, us fans are left to suffer. The game we love diluted by players who have no concept of what their actions mean to so many

So, as I said, I don’t watch the big time Charlie’s any more. The problem is, I do watch Watford and whilst our yellow and red bedecked heroes wouldn’t dream of diving, some of the players we play against most certainly do.

Now, it may well be that the fearsome looking Dusko Tosic came into contact with Aidy Mariappa on Tuesday night. It may have even been a foul. What I

can say with 100% certainty is that he definitely dived. It was almost poetic. The graceful, smooth take off, the streamlined and poised glide through the air before ending in style with a polished landing on the turf. I don’t know about you, but I’ve been tripped up before. Never have I, nor have I seen, anyone who has truly been tripped or knocked off balance fall and land with such style. If you get tripped, you go down in a messy, awkward heap. It’s simple. It’s just unfortunate that officials don’t seem to remember it.

Having said that, I think officials need to be given a break. As we have established, the game is riddled with players only too happy to try and deceive referees. Cheating is now officially part of the players’ armoury and with the laws changing with the seasons, ref’s already had enough to worry about. That’s not to say I haven’t been, ahem, mildly upset, with some of the officiating we’ve seen at Watford this season. Following the Atwell abhoration last season (This being the only thing that could have been worse than the award of a penalty at Everton after the ball struck Chris Powell’s head), we have continued to be subjected to a litany of baffling . The Handball at home to Forest. The penalty at Leicester. Rubbish. Dreadful. Wrong.

These incidents are no excuse though. Since QPR on Tuesday, when our much treasured game in hand went up in smoke, Watford fans have publically soothed themselves with the misguided notion that if we hadn’t been on the wrong end of such errant decisions, we wouldn’t be in this mess. Well, I beg to differ. This list provides the real reason we’re in this mess:

If these games seem numbingly familiar to you, they should. These are games in which we have surrendered leads or parity in the last 5 minutes. In total, our late lapses in these games have cost us nine points. You don’t need me to tell you, that an additional nine points would have been very handy.

In addition, in the last few weeks, we’ve had big games. Six pointers. Opportunities to effectively make ourselves safe. Away at Sheffield Wednesday and QPR and at home to Crystal Palace. A win in any of these games and we would have been safe. Even a point would have been enough. Our return from these three huge games? Nothing.

There are of course mitigating circumstances. We have a wafer thin squad, with limited experience and almost no back up. Injuries and suspensions have taken their toll and only a madman would have expected our early season form to have been replicated throughout. We have a management team learning with each passing day and the cloud of financial uncertainty still lies heavy over our scruffy, three sided ground.

So, whilst we are still in there fighting, our destiny still just about in our own hands, we’re not in great shape. Let’s not kid ourselves though – the people to blame for our predicament are not the ones with the whistle and the flags.

The team hasn’t been great.  We’ve conceded too many and scored too few. We’ve lost key matches and our away form has been laughable. We’re where we are for a reason.  In my view, the mitigating circumstances mean the team, the management and the Board still have my full support. We need to learn from our mistakes though. This end of the table is no fun in April.

Reading visit Vicarage Road on Saturday. Last home game of the season. We’re in this together. Let’s act like it. Win it and we live to fight another day so let’s all do our bit and see if we can’t cajole one last push out of our weary, battle scarred team.