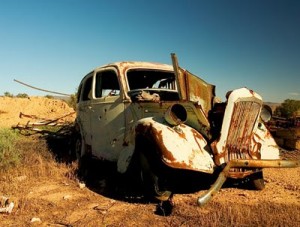 Mike Parkin, Host of Watford FC podcast ‘From the Rookery End’ explores whether or not the rules of football need a shake up…

They are the most powerful group of people in football. An exclusive few who hold within their hands the power to change and improve the game we know and love. Ladies and gentlemen, I give you not the Junior Hornets, but the imaginatively titled International Football Association Board (IFAB).

This merry band meet twice a year, presumably just down the corridor from the dubious goals panel, and are the only body in the world with the power to change the laws and rules of football. These are powerful people indeed. It’s therefore no surprise that there is great interest in their meetings and discussions, after all, there is much to debate at the moment; Does the offside rule need further clarification? Is the experiment with five officials working? Should goal-line technology be introduced? It is up to the IFAB to decide. Well, decide they did. They decided to focus on more pressing issues…

What could be more important than goal-line technology I hear you ask? I’ll tell you. The snood. Yes, the IFAB have banned the snood. The correct decision of course, but is discussing the latest fashion disaster to befall football really the best use of these guys’ time? To give them credit, they did discuss using ‘vanishing spray’ – a spray used by referees to mark out ten yards at dead ball situations, the spray disappearing after 30 seconds or so. Clever eh? However, short of banning silly scarves and arming officials with spray paint, the IFAB seem unwilling to change any rules. Therefore, it’s clearly up to me to investigate a few potential changes.

Anyone who keeps an eye on American sport will have noticed that the NBA was in town recently, with the New Jersey Nets playing the Torronto Raptors in two games at London’s O2 arena. The second of these contests was an extraordinary affair, the Nets finally winning 137-136. They had to battle through three periods of overtime for their win though, the scores level after normal time and two additional periods of five minutes overtime. There is no such thing as a tie in the NBA, even if it takes 3 lots of extra time to settle it. Now, I’ve seen Watford games where it would have taken three extra seasons to break the deadlock, but would abolishing draws improve football? It would certainly encourage more positive tactics, no more boring games with away teams playing for a draw – with no such thing you’d simply have to play for the win and who wouldn’t want to see that?

Along with negative tactics, time wasting is another aspect of the game that irritates. Again, could we learn from our American friends? In the NFL (American Football’s National Football League) the game clock is stopped when the ball isn’t in play. Why couldn’t we do this in football? When the ball goes out, the clock stops and is restarted when it’s back in play. If a player is injured, stop the game clock. Goal? Stop the game clock whilst the team that have scored celebrate for 5 minutes. This way there would be no time wasting and perhaps more importantly, would do away with the inexact science of injury time – allowing fans and players to be confident in exactly how much time is left.

As for goal-line technology, well, if it’s good enough for cricket and tennis, two sports which have successfully embraced this technology, then why isn’t it good enough for football? Frank Lampard’s un-awarded goal in the World Cup surely made a mockery of any remaining arguments against.

While we’re at it, I would introduce a ten match ban for diving (personally I think a jail term would be suitable, but I’m willing to be lenient), a sliding scale of fines for poor performance in interviews (£1,000 per ‘Ummm’, £5,000 per cliché etc.) and a lifelong ban and deportation for Craig Bellamy, Wayne Rooney and Marco Gabiadinni. Job done.

I’m sure I speak for everyone (apart from perhaps Roy Keane) in saying that the other thing I’d love to see banished from the game are bad injuries, and would like to take this opportunity to say get well soon to one of Watford’s best performers this season, Stephen McGinn. All Watford fans wish you a full and speedy recovery.

This post was originally published in the Watford vs Sheffield United programme on Saturday 12th March 2011.