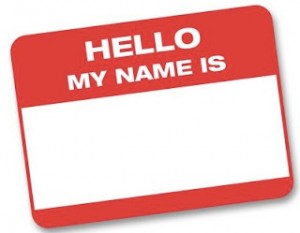 With the summer transfer window shutting shortly, I think it’s fair to say most Hornets fans will be happy with the business done at WD18. New signings Craig Forsyth and Mark Yeates have already got themselves on the scoresheet, whilst the signing of Stratford Town defender Tom James has shown that the club aren’t afraid of taking chances on players from lower down the league pyramid. I might just dust down my boots. Whilst other fans may pore over the statistics of our new signings in the hope of getting an understanding of who and what we’ve brought in, I am much easier to please. I like a good name.

Imagine my delight then when we signed the superbly named Prince Bauben. With a name like that he could score a hat-trick of own goals in the FA Cup Final and he’d still be loved. Add to this the capture of Scottish international Chris Iwelumo and all of a sudden we’ve got two of the best names in the division. Tremendous stuff.

In an attempt to predict what sort of career our new captures will have at Watford, I decided to have a look back at some previous Hornets with exotic or entertaining names and it was with some surprise I found myself wishing I had been around in 1906, as this was the year that we signed the superbly named defender Bert Badger. Despite sounding like he was named after some sort of mascot, Bert had a good, if all to brief career at the Hornets, playing 56 times and scoring five goals. I wonder how many were from “set” pieces?…

Next on the list, a true Watford legend. Sammy Chung. Slowly say his surname to yourself a couple of times. Chung. Brilliant isn’t it? The man himself wasn’t bad either, turning out over 200 times for Watford, scoring 22 goals in the process.

Joining Watford in 1976, the exotically named Tony Geidmintis was a no nonsense defender, despite having a name more suited to a Eurovision song contest contender. Geidmintis made 49 appearances for Watford, but will perhaps be best remembered for making his League debut at the tender age of 15.

So then, just a few of the great names that have represented Watford. Let’s hope that the monikers of Prince Bauben and Chris Iwelumo are as fondly remembered. Just imagine how good Tommy Smith would have been had he been afforded a more exciting name!

This page was first published in the Watford vs West Ham matchday programme on Tuesday 15th August 2011.