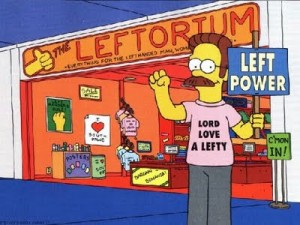 29th July 2011 was quite a significant day in recent Watford history. We signed a left back. A bona fide, left footed, owned by us, defender. And whilst it’s too early to pass any judgement on Carl Dickinson just yet, the early signs are encouraging. So why has it been so difficult to fill that slot in recent years? Some Hornets fans will tell you that we’ve not had a decent left back since Paul Robinson left for West Brom back in 2003. So I’ll have a look at those “number 3s” that have come and gone over the years and see what went wrong.

I was gutted when Robbo left. He was easily my favourite player at the time. A Watford boy by his upbringing, if not as a fan. He made his debut against L*t*n in ’96. Nothing like going in at the deep end. His tough tackling, no fear attitude, endeared him to the Vicarage Road faithful. He grew as a footballer during the climb from Division 2 to the Premier League, survived the Vialli season & was a key man in Ray Lewington’s side. But as is now the norm for a club like ours, the vultures were circling and our star left back was picked off for Albion on the cheap.

But fear not, Paul Mayo signed from Lincoln City in the latter half of the season. He arrived amongst rumours of long throws and thunderous penalties and certainly delivered on the throw-on front. I don’t recall him taking any penalties though. Probably because this was a period of Watford history when we weren’t making too many noises as an attacking force anyway. Of course, it wasn’t all about set pieces. His proper job was defending, but this was a struggle. It’s never easy making the leap up two divisions and it showed. Mayo struggled, as did his colleagues. Ray was sacked and the new kid on the block Boothroyd deemed Paul surplus to requirements.

So Boothroyd had a new left back to find and I was feeling quite positive when Jordan Stewart arrived on the scene. 1. I’d heard of him. 2. He’d played for England under 21s. But let’s be honest, it didn’t start well and never got above average. He was at fault during the opening day home defeat to Preston and there were runs of poor form that saw him dropped to the subs bench on occasions. But he was part of a promotion winning team and continued to play in the Premier League season despite the signing of Chris Powell. Powell only lasted one season (nice bloke but was getting on a bit) and Stewart carried on his Watford career into 2007-08 where he scored on the opening day of the season. But Aidy now had a big pot of parachute gold to splash out with. And splash out he did…..

Mat Sadler joined the Hornets from Birmingham in January 2008. Again the initial thoughts were positive. He’d been promoted with the St. Andrews outfit the previous season so knew what it took to get out of the Championship. It was the beginning of the end for Stewart and he was released early from his contract before the doomed play-off tie with Hull City. I asked a BCFC supporting friend for some exclusive insight into Sadler. He surmised that Mat was great in a winning team, but sunk very much into his shell when up against it. Unfortunately for Mat and us Watford fans, we were very much up against it for the second half of that season and Mat didn’t so much sink into his shell as disappear completely into a footballing black hole. Now I like to see the good in everyone and there is one moment that I remember from Sadler’s Watford career. 2-0 down early in the second half of the first leg of the previously mentioned play off semi final against Hull City, Sadler let fly with a left footed volley from the edge of the box. I was rising to my feet anticipating the bulge in the back of the net when Boaz Myhill appeared from nowhere to make a great diving stop. It could have been so different for all concerned. Of course, that wasn’t the end to his Watford career. That came in that awful 4-2 home defeat to Bristol City late in 2008 as Brendan was trying to make sense of what Aidy had left behind. Hauled off at half time, we never saw him again.

So if Brendan didn’t fancy Mat Sadler, who was he going to get in to play left back? Well by now Jon Harley was at the club. And I loved Jon Harley, almost as much as I loved Robbo! He had that similar all out committed style and Brendan gave him some chances at left back. But it was around this time that he started to sew the seeds of turning Lloyd Doyley into a Southpaw. And when Malky Mackay took over at the start of the 2009-10 season Doyley was firmly in the left back slot with Harley used more as a left winger either from the start or from the bench.

Of course we thought we had the answer last season. Andrew Taylor, on loan and apparently unwanted at Middlesbro’ was something of a revelation and it seemed inevitable that he would sign in the January transfer window. But a change of manager at Boro put paid to that and now he’s plying his trade across the border with a few other familiar faces. And so that brings us back to the present day. And perhaps now we have our man in Carl Dickinson, fingers crossed! He certainly seems the committed, hard tackling, get stuck in type. So who knows, I might end up loving him as much as I did Robbo & Harley!!!