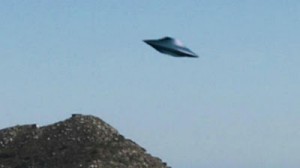 “Unbelievable” said Chris Kamara. I suppose the fact that he was with us on that sunny Saturday in September 2008 meant that something unusual was bound to happen. It had already gone a bit weird when the experienced Estonian Mart Poom was forced off injured to be replaced by Scott Loach for his first taste of Championship football. Yet who could have foreseen what was to come? The Hornets had been under increasing pressure in the early stages. A Reading corner was cleared behind by John Eustace, hooked back in to play by Reading, and if memory serves me rightly, someone in a hooped shirt forced the ball past Loach and onto the crossbar. Cue pandemonium. We all know the outcome and what the officials thought had happened now. But at the time, sitting in the stands, it was hard to comprehend exactly what they thought had happened. I assumed that they had somehow misinterpreted the ball coming back off the crossbar as having hit the back of the net with such ferocity that it had rebounded back into play. The possibility of the John Eustace clearance being the raison d’etre for Reading’s lead hadn’t even entered my mind. Text messages and half time phone calls and we were no longer in the dark. The sense of injustice was felt by fans and players alike. The Hornets dug deep and turned the game on it’s head to take a 2-1 lead, only for the unfortunate Mr. Eustace to concede a late penalty and parity to be restored. Let’s be honest. The phantom goal was not significant in itself in shaping Watford history. I’d even go as far to say that Reading were looking likely to score first anyway and only the thought of being the victims of such a wrongdoing, inspired the Hornets to fight back and get something out of the game. Still, it’s peculiar enough to warrant some sort of representation in our Watford in 100 objects list. So we take inspiration from Aidy Boothroyd who compared the ghost goal to a UFO landing. A spaceship as one of the 100 objects. Unbelievable Jeff.