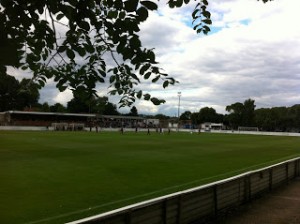 In the wake of the BBC’s annual report into the cost of football, most of you will have used their handy calculator to work out exactly how much we spend on football. And then probably wished you hadn’t.

Despite what are often eye-watering prices (Hello Ipswich!), supporters continue to flock to grounds and I don’t think it’s just us Watford fans that have been waiting for the end of the International break so we can head back to Vicarage Road and spend more of our hard earned cash supporting our team. Why then, despite it costing us a small fortune, do we do it?

I’ll tell you. It’s not about the cost. It’s about the value.

As with all the best things, it is hard to articulate exactly why football is so enjoyable. You either get it, or you don’t. You can feel it or you can’t. On top of that, if you asked a cross section of football fans about their favourite aspect of the game, you’d get countless different responses. The answer to what is so good about football is that there is no answer. It just is.

My view was backed up last Saturday. That afternoon, I  joined hordes of other football supporters in attending a game at my local non-league club, playing
my own small part in non-league day. The fixture I went to was Chesham United V Truro City. It was a good game, with some excellent goals and Chesham continued their fablous start to the season with a well deserved 4-2 win.  Despite a six goal bonanza, it was what I saw on the terraces that really got me. Behind one of the goals was a band of 50 or so noisy supporters from Truro.

To put it into some sort of context, that’s a round trip of over 550 miles. A minimum journey time of five hours. EACH WAY. 550 miles and ten hours in the car to see your team in the Calor League Premier Division. It’s as impressive as it is bonkers.

The intrepid group generated an impressive noise throughout, despite what was unfolding before them and at the final whistle they sang their team’s name proudly as the players trudged over to acknowledge them. They’d lost, but that wasn’t the point. They’d been there and they’d loved it. Their team had been heavily defeated and their journey home was going to take 60 times longer than mine, but they were undoubtedly the happier. They’d done their bit and had enjoyed themselves. It was mission accomplished.

It will have cost those travelling fans a fair few quid, but the value they got from the trip is immeasurable. They were at the game watching their team. It’s all that counts.

Price is a problem. Football is (in most cases) too expensive. People that want to go are often unable to and one day I hope this will be successfully addressed. That day at Chesham however was reaffirming for me. It reminded me just how much football is worth to so many. It’s why so many of us keep
going back.It’s football. It’s brilliant.