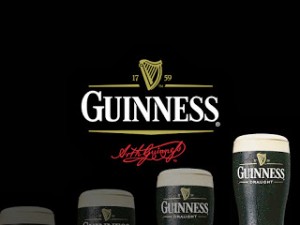 Exactly two years ago (24 September 2011), this was the Watford line-up that was named to face Nottingham Forest at Vicarage Road:
Loach, Doyley, Mariappa, Taylor, Dickinson, Yeates, Eustace, Hogg, Forsyth, Garner and Sordell. The subs were Deeney, Iwelumo, Gilmartin, Mirfin and Murray. (The Hornets lost 0-1, with the game broadcast live on the BBC).Whilst there are a number of players that remain dear to our heart in that list, it was a squad that lead to more concerns about relegation than it did hopes for promotion.

Fast forward to 2013 and not only has the squad improved beyond our wildest dreams, but yet another piece of the Pozzo puzzle (formerly the Elton John jigsaw) has fallen into place, with the announcement that the East Stand will be demolished and rebuilt this very season.

For us long-suffering Watford fans this is brilliant news. A piece of brilliant news that we can add to the other brilliant news we’ve been receiving seemingly non-stop since Laurence Bassini was chased off and into hiding. Being a Watford fan hasn’t been this exciting for a long, long time.

It’s the right of every football fan to have their say. To moan, to groan, to scream to shout. To be happily optimistic or to be constantly supping from a half-full pint. To be impressed or to be irritated; It’s a game of opinions, and thankfully, there are a wide range out there. I thought we’d be united in agreeing that it’s pretty hard to find fault at the moment, though.

I’ve heard quite a few complaints. Complaints about players, complaints about performances, complaints about transfer activity, and now, complaints about the new stand. Apparently it’s not going to be big enough. Now don’t get me wrong, complaining is allowed. Football fans can’t be happy all the time (unless you’re a Premier League club supporter in Asia, they seem to be delighted ALL the time) and if we all just trundled along, meekly accepting everything we saw without voicing our views, then I’d go and do something else with my Saturday. It’s also fair to say that the negativity has been far from overwhelming, but come on…

Players
With a host of new signings arriving alongside our old friends from last year, it was (and still is) impossible not to be excited by the group of players now plying their trade at Vicarage Road. Watford now boast Internationals all over the shop, a heady mix of youthful exuberance and vast experience. Without any shadow of a doubt, we’ve got one of the best squads in the Championship. It was hoped, that with a more structured pre-season, the team would gel and hit the ground running. They kind of have. Loads of goals, one defeat and fifth place in the League. It’s hard to be anything but satisfied with that.

The performances have been enjoyable in patches but there is a general consensus that we haven’t out together the complete 90 minute performance yet. That will come, and I fear for the poor team we’re facing when it arrives. What’s annoyed me has been the criticism of individual players.

I’m not going to single any player out, but those coming in for criticism are in the main, new arrivals. Guys who have played an absolute maximum of ten games for us. It isn’t long to adapt to new surroundings, a new team, and most importantly of all, Championship football. As we know, it’s a beast of a division to play in and will have undoubtedly come as a shock to a few. Whilst not every signing we make will prove to be a success, these boys need time. Not convinced? Ask any Arsenal fan about Thierry Henry or Robert Pires’ first seasons. They ended up having reasonable careers after fairly humble beginnings.

Cutting players some slack isn’t accepting second best, it’s giving them a chance. We still owe ALL of them that.

Performances
The performances so far have been patchy. We haven’t done it for the full 90 minutes yet, but by gum we’ve had some fun already. Bournemouth. Reading. Barnsley. Three memorable occasions already and we’re still not firing on all cylinders. I’d love to be top of the league having won every game, but don’t you think its fun that we are gradually building? We’re like an ever tightening spring, ready to uncoil in the face of the Championship. We’re fifth in the table without really catching fire. I for one am excited by what will happen when we do…

Transfers
Despite a poor second half of the season, we were always going to miss Matej Vydra. Even when he wasn’t finding the back of the net, his pace was a constant concern for defenders. Opposition teams had to worry about him whether he was scoring or not.  This contribution can’t be overlooked and it’s no surprise that we look like we’re missing some pace up front, compared to this time last year. The cries I’ve heard from Hornets fans for a new pacy striker are of course sensible – who wouldn’t want a lightning front man who can score goals? They don’t grow on trees though and simply going out and replacing Vydra was always going to be nigh on impossible.

More recently, Watford have failed to bring back Nathaniel Chalobah. Again, he was always going to be a miss, and we could certainly have done with him on occasion this term. However, the goalposts have moved since last year, he is now on a five year deal at Cheslea earning a reported £35k a week, and when it became apparent that Cheslea expected the team taking him on loan to pay the majority of his wages, Watford were out. I’ve heard this criticised, a failure from the Pozzos. I see it as nothing of the sort – they have a structure, a plan, and it doesn’t involve paying £35k a week to a teenage midfielder. We’ve embraced the Pozzo family and their methods, but you can’t just pick and choose which bits of their approach you agree with or that suit what you think is best at that time. In my opinion, they did the right thing.

The East Stand
Whilst the news of the new stand has been met with near universal delight, there have still been rumblings of discontent, largely around the size. The capacity has been announced as being 3,000 with a view to possible expansion in the future. That’s an additional 3,000 usable seats, where currently there are none. I understand the desire to aim big and to look to what we hope will be a successful future, but for now, I confess to being happy that we are just building something…

Reasons to be cheerful…
As I said at the outset, no-one is above criticism. Football fans have a voice and should continue to use it. But we’re in a unique situation. We’ve come so, so far in such a short space of time – I think it is important to stop and to savour what’s happening, enjoy it, take it all in.

The list above shows that Watford haven’t got everything right yet, but this shouldn’t be cause for complaint, it should be enjoyable. Things improving steadily, surely, is a wonderful thing. It’s part of the process. Something is building at our Football Club, something good. What’s happening now, the good and the less good, is part of that process. What would be the fun in the finished product landing on our doorstep? Part of being a supporter is
being a part of something, seeing it evolve and improve. Having been on that journey, the taste of success can be so, so sweet.

I want what you want. I want Watford to be as successful as possible. But I’m also prepared to wait, and not only that – to enjoy waiting. Don’t worry though. I’ve a feeling we won’t be waiting long…