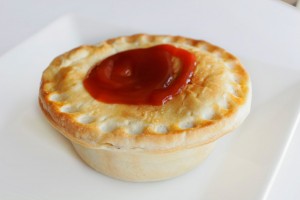 This object sums up the relationship with one of the least popular managers in the club’s History – Gianluca Vialli.

The object is a meat pie – which was thrown by a Rotherham fan at Vialli during an away game at Millmoor on 12th January 2002 during a 1-1 draw.

So where did the meat pie land. As David Range told us – “it was a direct hit on Gianluca. Absolutely hilarious and I wouldn’t mind betting that most of the Hornet fans there would have liked to have done the same.”

A meat pie in the face, the object we’ve chosen to sum up Watford manager Gianluca Vialli