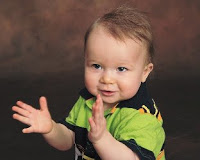 The Legendary Watford Fanzine “Clap Your Hands Stamp Your Feet” is coming back for a one-off special. It’s been a few years since the last one and we at From The Rookery End are very excited about it’s return. It, and other Watford fanzines, are great inspirations for our podcast. We’re an audio fanzine if you will. 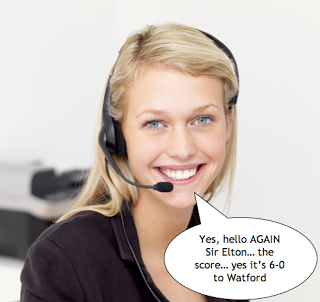 On BBC Radio 2 this morning, Sports Johnny claimed that Elton John always called the club at 4.45 every Saturday to get the Watford score no matter where he was in the world. Chris Evans didn’t believe he did it every week so they called the club to find out the truth and spoke with receptionist Sasha.

In the 1998 World Cup they called it the Golden Goal. In Euro 2004 they called it the Silver Goal. But when we used to play in the school playgrounds and local recs, it was always Next Goal Wins. So we at From The Rookery End want to see how the World Cup pans out using this method.

When I watch international football I always have a look to see what the domestic equivalent is. International teams hardly play each other so it’s something I do to help me compare teams and understand what to expect in a game. Below you can see the top 105 teams in the FIFA World Rankings and their English domestic equivalent (according to their finishing positions of teams in the England football leagues).

WORLD CUP: No such things as an easy game… 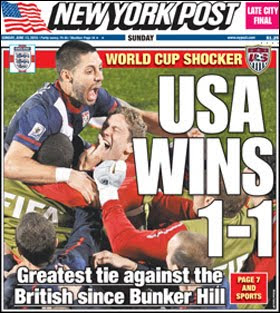 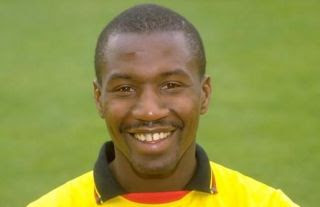 Due to our relatively lowly place in the football pecking order, these mistakes went largely un-noticed. The same cannot be said for Robert Green’s sudden bout of butter fingers last night.
I haven’t seen the papers. I don’t have to. Up and down the Country, the same journalists who have been explaining how England can win the World Cup will now be taking great pleasure in detailing why there is now no way we’ll even get close. 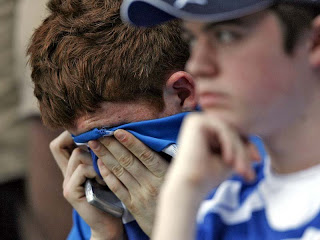 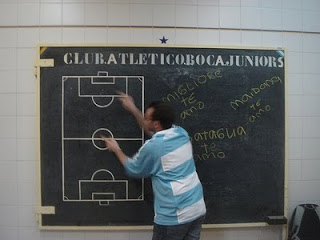 So Friday afternoon is normally the time of the week when I start wondering what the Watford line up will be come Saturday afternoon?

I don’t blame John in the slightest for making this move. He is 30 years old, heading into the latter end of his football career and this next contract would probably be his last on big-ish money. I know that footballers earn more money then most of us would ever dream. Leeds were offering more money so a couple more years of earning well will set him and his family up for the rest of his and their lives. Then there is all the faith the club have put in him this year and why they had offered him a new contract. When he returned from his loan spell at Derby last summer Malky put him at the heart of the midfield, he stepped up and we all reaped the rewards. I’m sure there is personal disappointment from Malky and John about this move, but Eustace knows that managers can change and when they do players can become out of favour. He was sent out on loan by Brendan Rodgers and must of thought his Watford career was over.  Also seeing your club brush with administration must put lots of doubt in any player mind as to true value of the piece of paper they have signed. Every Watford fan will understand his choice.
The knot that I, and I suspect many Watford fans, have got in their stomach today is one of unknown. We have no clear idea what the starting XI will be next season. We are lacking senior players especially after releasing Jay Demerit, Jon Harley and Will Hoskins yesterday and we have a huge number of players age 20 and under in our first team. As fans we don’t know who’s on the horizon of being signed, and the club can’t share that sort information because of delegate negotiations. Also Watford don’t sign players we all know well and see on telly every week. That part doesn’t worry because I feel we have a good scouting system and they are the type of people who know a lot about the players who Watford typically sign. I suspect there are Watford fans out there who watch The Football League show past the Watford highlights and have some ideas on who we could sign – I’m not one of them and most aren’t. So even if we don’t know, Malky and the scouts know who their targets are. What I am a little worried about is who will fill the senior role that has obviously been planed for Eustace. Of course work is currently underway for the new players, but we could be on the back foot when it comes to filling that type of role. I guess we can only wait and see – EEeeeeK
My lasting memory of John will be the below photo. It was taken after the Reading game. Firstly, you’ve got to love a beaming smile like his, but the thing about this photo is how long it took to take. Jason took it using my iPhone. Now iPhones are a very easy to use, but it took Jason at least five attempts to press the correct button. John cheerfully wait for me to continually sort Jason out before he took this photo and stuck his finger in the top left hand corner!

We shook hands and I thanked him for this season. And I’m sure there are other members of Hornets Nation who would like to thank him and wish John good luck in the future.  We will give him a good old cheer and round of applause when he returns with Leeds in the new season.

Today is one of those days were Watford fans all become fashion experts. The club today released pictures of the new Watford Home kit that is made and sponsored by Burrda.