Watford 0-1 Derby County… One of those days!

Many of you will remember that it was our very own John Eustace who scored Derby’s goal that day. It was a fairly meaningless goal, Watford had as good as won the game and both teams were safely ensconced in the middle of the Championship table. John Eustace was pleased to have scored though, and having netted at the Vicarage Road End he ran full pelt towards the Watford faithful in the Rookery, jumped up in the air, planted his feet and raised both arms in celebration. All with a huge, goofy, slightly maniacal grin on his face.

We won some, we lost some…

An away win against Middlesbrough, a last gasp point at Ipswich, the dismantling of Sheffield Wednesday and the latest goal-scoring return of Heidar against Preston are four excellent examples of why supporting Watford this season is proving to be jolly good fun.

I took my 8 year old nephew to Watford on Saturday, and whilst I could answer most of his questions adequately enough, I must admit his query about shooting struck me as being quite pertinent.

And Graham must score…

It should have become apparent that we’d be in for a tough night when young William Hoskins defied physics, gravity and every other logic defining law to spoon the ball miles over the Coventry City bar from barely a yard.

The Tommy Smith episode, whilst highly publicised was the definitive illustration of how a modern footballer can conduct themself during negotiations. Mike Williamson threw a bit of a hissy fit and eventually got his South coast move too, but I can’t help feeling that we did some good business there. Financially at least.

He Hits The Ball and Scores A Goal…

Better Wages NOW: I’m sure his wages at Pompey are better then the ones he would have got at Reading this season. I’m sure he would have got Premier League money IF Reading got promotion, but with his lack of years left, he needs to earn his money while he can.
Good luck to you Tommy, you deserve to play in the Premier League, we only wish it was with Watford. Thanks for embrassing Rodgers with not turning up for the press conference on Tuesday it will make our encounters this season a lot easier no matter what happens in the games. Your a star!
Oh and make sure you keep Portsmouth up… there might be another £200k in it for us!

A night in the life of football fan

There is generally one thing you can be sure of on a busy night of sport. Contrasting emotions. Yesterday was no different. Come with me if you will through an evening in the muddled mind of yours truly… 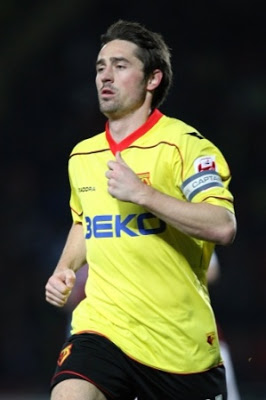 I left Vicarage Road both disappointed and satisfied all at the same time. It’s one of those weird feelings you can have as a football fan. 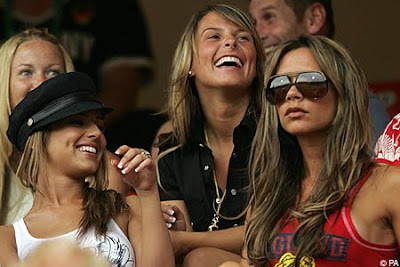 A fellow Watford FC blogger Rookery Mike posted his thoughts on the Tommy Smith transfer saga that has been hanging over our heads for most of the summer. I got to feeling like I was breaking up with a girlfriend.