“…but funny things happen when you least expect it, especially at Watford…” That’s what I said at the end of my last post after the defeat to Plymouth – looking forward to the Reading game. Funny things can happen. Crikey, did they happen!

I was hungover to high heaven after seeing Metallica at the O2 the night before (one of the teenage habits that I don’t seem to be able to break) and was entirely reliant on a lift from a mate. He was late, so I was late.

It really all had got too much. Watford were woeful, England were worse and the Premiership was (is) full of some of the most unpleasant people on earth (hi Ashley. Send my love to Cheryl. You tw*t.). So, I began a trial separation.

I have been a Watford supporter since I was old enough to understand what football is. I have been a season ticket holder since not long after that. Watford are a big part of my life, and will remain to be so – whatever happens, Premier League or Blue Square Premier League, I’ll be there.

Well that was better wasn’t it. A lot better. It couldn’t have been much worse, I grant you, but lets give them the benefit of the doubt.

I had a bad feeling about last night. It set in when I read a report on the West Ham – Portsmouth game from Tuesday night. In the report, Alan Curbishley bemoaned the poor performance form both his West Ham team and the crowd at the Boleyn Ground. He said it was “flat”. 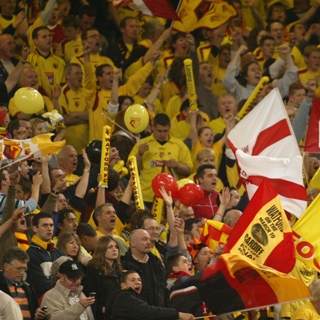 The Stoke game on Saturday was a welcome shot in the arm for me, although it was something of a double edged sword. It reignited a bit of passion in me, but it also made me think that perhaps this year won’t be our year.

Following Calum Davenport’s injury and the end of his loan spell, how do Watford replace him?

I don’t know if it is football in general – the continuing failure of the National team, the increasingly hard to stomach Sky TV hype and equally nauseating commentary, Andy Gray (both of them), the wonky kick off times etc. – but (whisper it) I think I am losing interest a bit.